The road to the Olympics goes through Colorado and California

The plan was to get a couple weeks of good training in while at Copper Mountain, Colorado before making my way to Aspen for the X Games. From there, I had all intentions of winning the X Games, traveling to Mammoth Mountain for the first qualifier for the Pyeongchang U.S. Olympic team, winning that too, and then heading home to kiss my wife and hug my kids.

I liked that plan, but reality was a little more “real,” as I’d put it.

We had a really hard time getting much done at Copper Mountain because of the continuous snow, and then when the weather finally did clear up, things turned from mediocre to bad, rather quickly. I was feeling good (really good!). I was starting to get my rhythm and flow, and my confidence was high. Then the next thing I knew I was waking up at the bottom of the transition, feeling dazed, dizzy, and not entirely sure about which part of my body hurt more. Apparently I had missed a takeoff on a switch double cork, side-checked the coping of the halfpipe, and launched to the bottom, knocking myself silly. That was definitely not part of the plan.

But I’m a natural optimist, so I did my best to look on the bright side of the situation.  Fortunately I hadn’t broken any bones and had only sustained a minor concussion that the team neurologist thought I would recover from quickly for the X Games in a couple weeks. 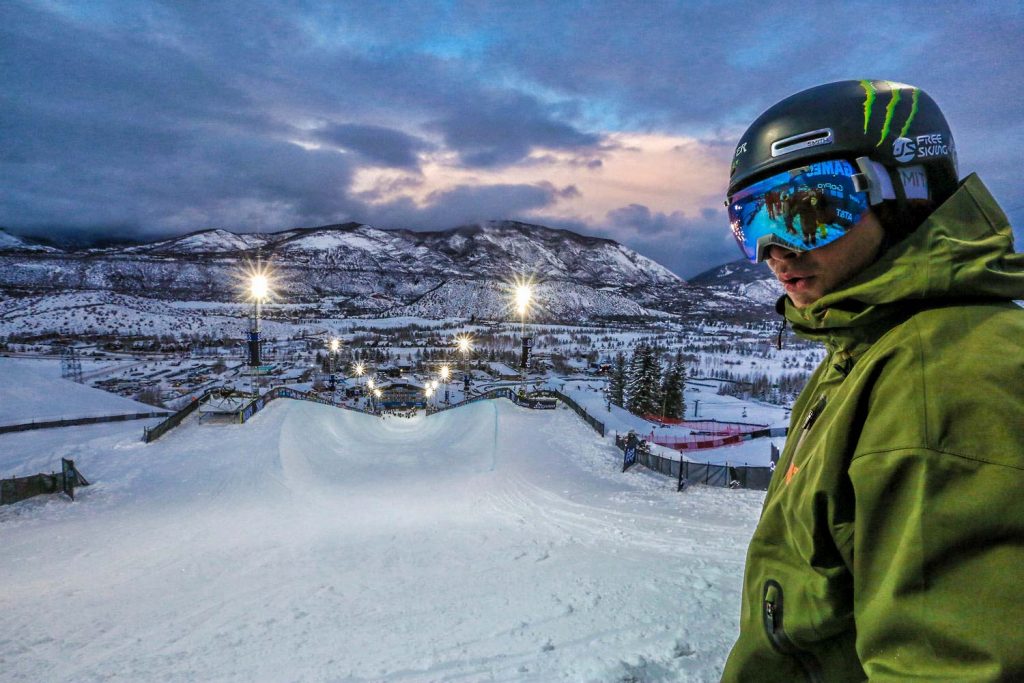 My first training in Aspen went perfect and I was getting my confidence back. That is until the tail end of our second practice, when I had a heavy landing that prompted a major muscle in the core of my back to spasm and cramp uncontrollably. Thus began a process of treatment and management on my back by our team physical therapist, chiropractors, and massage therapists to try to get my back better before the contest. Some things helped it marginally, but it never went away.

I had to have an all or nothing approach to the competition.

While it’s a position I’ve been in before, difficult circumstances only define you if you let them.  To add more adversity, the conditions of the pipe were the worst I have ever seen for X Games. Temperatures were hovering around zero degrees, and the previous week’s rain had created glare ice and a pipe that has a natural tendency to send riders out over the deck.

As such, only one guy from the 12-man field landed a first run. But there was hope, since if I could just land a run, my chances of a podium were good. My second run was going well until I got to the part of the pipe where the rest of the field had been crashing. I knew that I had to use all my strength on my takeoff to stay in the pipe. I managed a solid takeoff, but as a result, my back couldn’t handle it. I could no longer reach down and grab my ski, an essential part of the trick. I tried in vain to settle for a different grab, but it was too late and the rotation wasn’t going to come all the way around in time.

I skidded out and skied down to greet my frozen family and friends who had traveled to cheer me on. Both of my kids were crying, though I think from cold as much as disappointment. There was nothing more I could do other than say that I had tried, and then move onto the next one. And up next was the first Olympic qualifier. 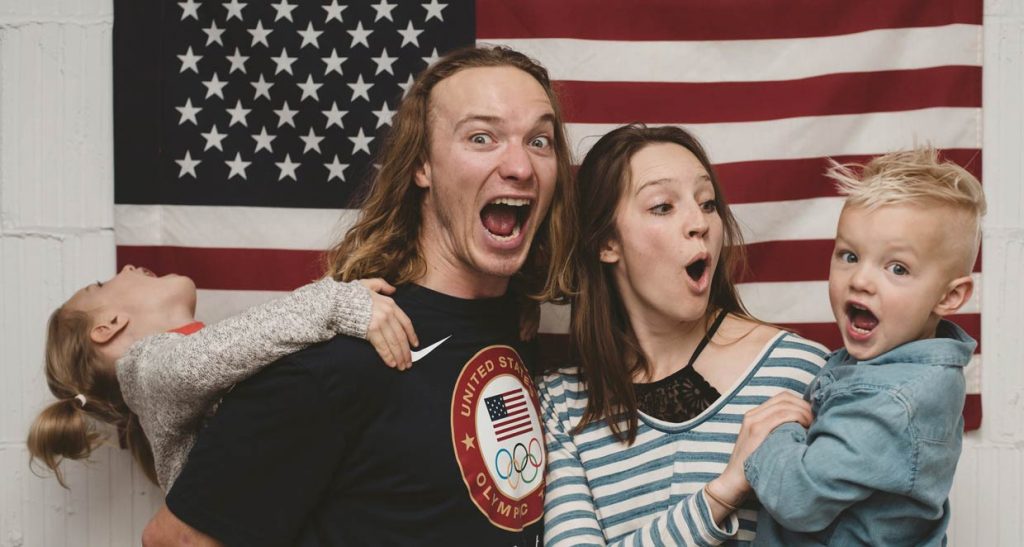 In 2014, the U.S. Team chose their 4 halfpipe spots based on results from 5 U.S. Grand Prix events during the season leading up to the Olympics. This Olympic cycle, however, they decided to ease the burden by putting one of the events during this season. The Mammoth Grand Prix, therefore, became much more than just another contest. Do well here and you were on a great track to make the U.S. Olympic Team.

Yet I was still dealing with back problems. My hope was that I would have just enough time to recover that I could do a big run by the finals on Friday. However, the weather forecast didn’t look great for the week. This meant that we may only be able to compete in qualifiers, and not finals, which if so, would mean that qualifying results would be considered the final results.

I had truly been doing my best to get my back fully functional, but by the time the qualifiers rolled around, I still felt like a broken old man. I had a fated conversation with my coach. His ominous words were, “We’re going to have a final.”  So I scaled it back, and I qualified for finals in 8th place. I usually try to qualify in the top three, since they are the final three to compete. But with my back the way it was, I was happy to qualify at all. 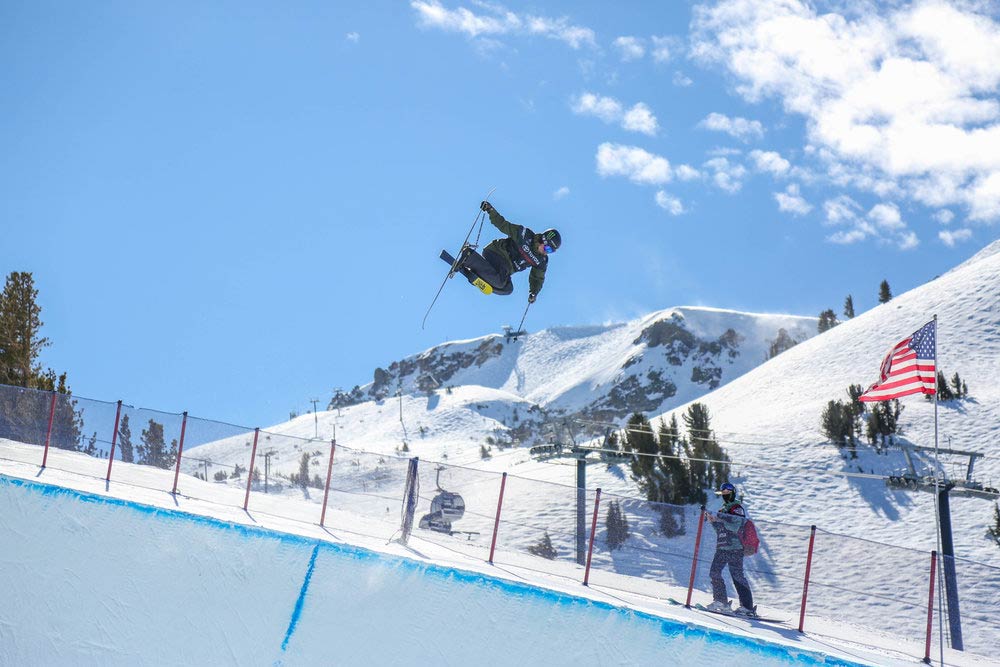 Then the weather reared its ugly head. Finals got postponed from Thursday to Friday, and then postponed until Saturday, and finally, cancelled Saturday afternoon. Therefore, I had to settle for an 8th-place finish. And, my family that had driven in from all over didn’t even get to see me ski.

Nonetheless, I think I am at a really important place in my career. I can either let all this adversity destroy me, or I can let it temper me into a better version of myself.  I can either whine about it, or learn from it.  I strive to choose the latter.  I’ll let you know how it goes! Tune back in next month. 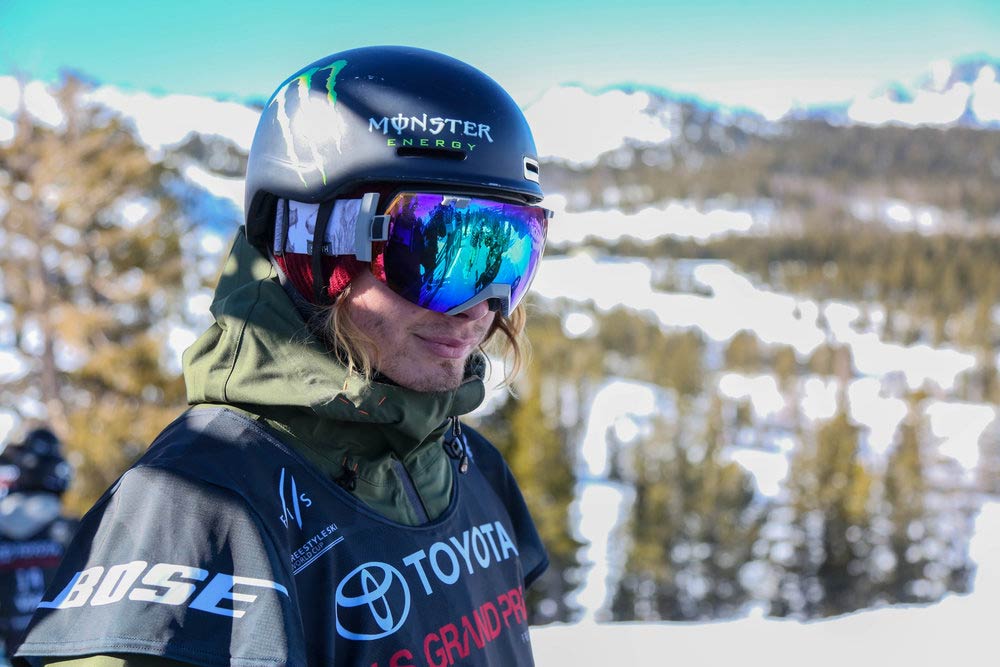 The road to the Olympics goes through Europe and Asia 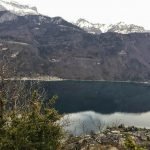 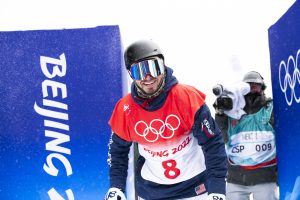 “Give In” to Love 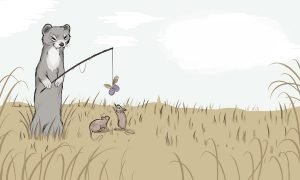 Very Bear and The Butterfly 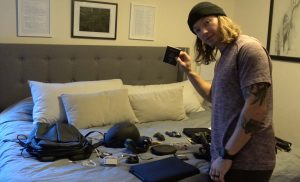